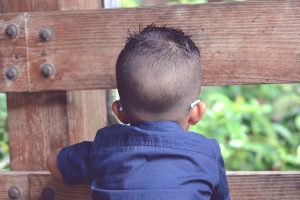 Many argue that the most important prerequisites for child development are executive control (the management of cognitive processes such as memory, problem solving, reasoning and planning) and emotion regulation (the ability to understand and manage the emotions, including and especially impulse control). These main contributors to self-regulation underpin emotional wellbeing, effective learning and academic attainment. They also predict income, health and criminality in adulthood [69]. American psychologist, Daniel Goleman, is a prominent exponent of the research [70] showing that these capabilities are the biggest single determinant of life outcomes. They contribute to the ability to cope with stress, to concentrate, and to use metacognition (thinking about thinking: a crucial skill for learning). They also support the cognitive exibility required for effective decision-making and creativity. There is promising evidence that mindfulness training has been shown to enhance executive control in children [71] and adolescents [72] in line with adult evidence.

What is of particular interest is that those with the lowest levels of executive control [73] and emotional stability [74] are likely to benefit most from mindfulness training.

Recent meta-analyses of MBIs for children and adolescents suggested improvements in stress, anxiety, depression, emotional and behavioural regulation, with larger effects reported in clinical than in non- clinical populations [75]. One of the most rigorous studies [76] looked at the impact of an eight-week Mindfulness-Based Stress Reduction course (MBSR) on 102 children aged 4-18 with a wide range of mental health diagnoses and they reported significantly reduced symptoms of anxiety, depression and distress. They also reported increased self-esteem and sleep quality. At a three-month follow-up, those who practised more showed improved clinicians’ ratings of anxiety and depression compared with those who did not. Since chronic stress can negatively impact on maturation of the brain areas involved in learning [77], interventions to improve executive function which also support stress reduction, such as mindfulness, are more likely to result in academic improvements [78]. Indeed, studies on mindfulness with children and adolescents have demonstrated benefits in cognitive (e.g. attention) and academic outcomes [79]. There is now also good evidence of the link between achievement and emotional and social learning; a recent global survey found that the academic achievement of children taking programmes promoting social and emotional skills (including mindfulness) rose by about 10 percentile points [80]. More specifically, one evaluation of a small study of children with learning difficulties showed significantly improved academic achievement as well as social skills [81]. Emotional buoyancy, coping skills, the capacity to manage dif culties and the ability to form constructive social relationships are all important aspects of children’s flourishing and there is evidence that mindfulness contributes to each [82].

In addition to studies of targeted interventions, there is evidence of the benefits of universal programmes designed to support the flourishing of all children. One pilot trial [84] of a year group of 137 students aged 17-19 in the US showed decreases in tiredness and negative affectivity (a term which covers a range of negative emotions such as sadness, fear, nervousness, guilt, disgust, anxiety and anger) and increases in calm, relaxation, self-acceptance and emotional regulation. In a number of other studies, five-minute mindfulness interventions were shown to have a measurable impact on young people’s happiness, calmness, relaxation and overall wellbeing [85]. There have been a number of pilot studies in the UK with similar results; in one with 522 students in 12 secondary schools using a mindfulness programme called “.b” (pronounced ‘dot-be’), students reported fewer depressive symptoms, lower stress and greater wellbeing at follow-up [86]. A recently completed study with sixth-form students found an increased capacity to ignore distracting and irrelevant stimuli (part of executive control) and improved metacognition [87], and another small study reported improvements in academic performance in sixth-formers [88]. In the primary school context (Years 3 and 4), initial evidence shows decreases in negative affectivity and improvements in metacognition in pupils [89]. What could prove of particular interest to schools is the impact of mindfulness on difficult behaviour, with improvements for those with Attention Deficit Hyperactivity Disorder, as well as decreases in impulsiveness, aggression and oppositional behaviour [90]. This is consistent with the beneficial impact of mindfulness on self-regulation – helping to control impulses, delay gratification and monitor attention [91].

68 Professor Katherine Weare presented an overview of the evidence base at the Parliamentary hearing of the MAPPG on 19th November, 2014.

74 Huppert FA, Johnson DM. A controlled trial of mindfulness training in schools: The importance of practice for an impact on wellbeing. The Journal of Positive Psychology. 2010; 5(4):264-274.

83  Weare K. Developing mindfulness with children and young people: A review of the evidence and policy context. Journal of Children’s Services. 2013;8(2);148.

85  Examples include: Huppert FA, Johnson DM. A controlled trial of mindfulness training in schools: The importance of practice for an impact on wellbeing. Journal of Positive Psychology. 2010;5(4):264-274. van de Weijer-Bergsma E, Formsma AR, de Bruin EI, Bögels SM. The effectiveness of mindfulness training on behavioral problems and attentional functioning in adolescents with ADHD. Journal of child and family studies. 2012;21(5):775-787. Wisner BL, Jones B, Gwin D. School-based meditation practices for adolescents: A resource for strengthening self-regulation, emotional coping, and self- esteem. Children and Schools. 2010;32:3.